The Recovery Room was filling up fast as first shift came off duty. This was the room of the Mare Inebrium that was frequented by the staff of the Spaceport-Authority Hospital.

I was keeping my eye on the corner at the back of the room as I sipped my drink. Like clockwork, the senior members of the Emergency Medical Response Service were taking their seats. Paramedics who each had fifteen or more years of service with the spaceport authority. Named after the ancient Terran call of medical distress, they were the 911 Group. They were the best of the best and I wanted to be one of the them. Why did I want to sit at their table? I admit that part of the reason was pure vanity. However, I was also as good a paramedic as any of the 911 group- and I wanted everyone one to know that. Like my father said, it's not bragging if you can do it.

There were only two ways to get into the group. The first way was to accrue a minimum of fifteen years of service with the EMRS, petition the group and, -if you weren't blackballed- you were admitted. The problem with that prerequisite was that... I was a rookie.

"Want some more anesthesia, Speed?", asked Cut Down Charlie. Cut Down was a retired paramedic who now tended bar at the Recovery Room in the Mare.

"No thanks, Charlie, I want to keep a clear head," I said.

"You're off duty- why would you want to keep a clear head? Wait a minute, you've been eyeing the Group ever since they arrived... Speed, you're not seriously thinking about... Listen, in the entire history of the Mare Inebrium only two people have successfully challenged the 911 Group. Don't embarrass yourself, sport."

"I wish... you would take an anti-psychotic, mate," replied Charlie as I stood up.

The challenge was the second way to gain admittance to the group. I marched to table at the back of the room and presented myself, in due and ancient form. Before me were paramedics Charles LaGuardia, Susan Wu, Robert "Mad Dog" Mengden, Serge Ivanovitch, and the venerable old man of the service- Sidney Freedman.

"Sirs," I began nervously. "I stand here for the purpose of issuing the challenge," I said.

The group was silent and looked at me like a tree full of owls. I felt sick to my stomach.

Paramedic Freedman looked me over and quietly said, "Name, rank and years of service?"

Most of them broke out laughing. "A rookie! A greenhorn issuing the challenge. Imagine that!"

Charles LaGuardia brought the table back to order. "Wait a minute... Please. I know this young man's record. I was on the committee that approved his application for employment with the spaceport authority as a paramedic. Let me bring to your attention some pertinent information. Paramedic Haddad received his training with the Imperial Terran Marine Corps. He rose through the ranks from private to Chief Warrant Officer. He was with the Corps during the Clone War where he received the silver star for heroism. He also saw service during the Sand Wars. He has the distinction of being one of the few survivors of the siege of Al Amin. For courage 'above and beyond the call of duty' he was awarded the Stellar cross, First class, with oak leaf clusters... and starships."

"Starships?" said Susan Wu. "I have heard of awarding the Stellar cross with the additional honors of oak leaf clusters- but I have never heard of starships. What..?"

"Starships are an additional honor- one that is generally... awarded posthumously," said LaGuardia.

"Very well," said Freedman. "I move that we accept the challenge. All in favor raise your hands. The decision is unanimous. We accept your challenge, Stephen. Serge?"

"These are the rules," said Serge Ivanovitch. "You present us with a case. Aside from the initial facts you do not have to volunteer any information. We will ask the questions. If we cannot reach a diagnosis and treatment for your patient within thirty minutes, you win, and gain the privilege of sitting in this august group. And I might add that the drinks will be on us, for the next year."

If you lose," said Mad Dog Mengden, "you will have the privilege of being our personal valet for the next year. You will shine our shoes, clean our uniforms and otherwise be at our beck and call for whatever service we require. As for me, I have a closet full of shoes that have your name on them," he said- smiling evilly.

"Let's begin," said paramedic Wu. She looked bored. How many times had she seen paramedics crash and burn in the challenge? I felt a trickle of sweat run down my neck.

"Sirs, three days ago at 22:30 on the cycle of the year celebration I received a distress call from the Shar'soon embassy. "

"A cycle of the year celebration accident," sighed Mengden. "Like we haven't heard this one before."

"I arrived to find the embassy empty of staff. Presumably they were still out celebrating. I proceeded to the ambassador's office. There I found a humanoid alien slumped upon its desk. Upon performing a primary survey, I found a small lesion on the neck between the C1 and C2 vertebrate. There was a small amount of blood present. On the desk I found a small tick-like creature."

"Interesting," said paramedic Freeman. "What type of being was It?"

"It was a mammalian biped with a standard Terran referenced physiology."

"This is almost too easy," replied Mad dog Mengden. "Obviously the ambassador picked up an infection from a parasitic vector. What type of infection did your med scan show?"

"Give us a complete set of vital signs, blood work up and toxicological scans..." commanded Serge.

"I brought a copy of my findings, Sirs. As you can see that all my scans- including arterial blood gases, hemoglobin, hematocrit, CBC -are all with in normal limits for Terran referenced physiology. The only thing of note was an elevated blood alcohol level." They passed around the report of my findings.

"No Sir," I replied. "As you see renal and liver functions also within normal limits."

"This isn't making any sense to me," scowled Mengden. "All right rookie, I'm tired of playing twenty questions. Let's do a complex review of systems, head to toe."

So I began the lengthy review of systems; hematological, cardiovascular, respiratory, endocrine, neurological, musculoskeletal. They talked and argued amongst themselves- until paramedic Freedman quietly said, "Time".

"I can't believe this!" shouted Mengden. "We can't have been stumped by a rookie!"

I had stumped them! I thought with delight. I stymied the illustrious 911 group!

Stanley Freedman appeared amused at the group's consternation. "Mr. Haddad, by the rules of the challenge there must have been an actual medical emergency. Your data only shows a patient who is intoxicated. If you can't prove otherwise you have lost the challenge."

"There was an actual medical emergency, Sir. However, the person you all were trying to diagnose- was not my patient."

"What?" screamed Mad Dog Mengden. "Boy- You had better explain yourself or I am going to kick your ass."

"Like you, I was initially stumped by my findings- but my thoughts kept coming back to the same thing... The scarred area on the neck where the parasite was presumably attached. It suggested numerous previous attachments. Now a parasite is an opportunist. It will attach anywhere there is an available blood supply. The question I asked myself is, why would it attach itself to only one site? And why would anyone allow this to happen? I pondered this for a while... and then I picked the tick up and placed it on the neck of the alien."

Mad Dog Mengden, for once, was speechless.

"The ambassador thanked me for saving its life. You see, my patient happened to be the parasite." Most of the group suddenly appeared to be nauseous. "The Shar'soon are a race of intelligent parasites. The humanoid alien was, in fact, a non-sentientent domesticated animal. Like any parasite, it uses its host for sustenance. However, the Shar'soon itself is also blind and deaf and has no hands. It taps into its host nervous system and uses it to see and hear and manipulate objects. In some ways, it is similar to a human being riding a horse."

"So what was wrong with it?" asked an incredulous Susan Wu.

"The ambassador had become quite intoxicated and began to lose consciousness. Knowing that it would soon lose its attachment to its host, the ambassador made the emergency call."

"You're saying," said Serge, "that the ambassador got drunk and fell off its horse."

"In a manner of speaking- yes," I replied.

"I beg to differ, Sir. You see a true parasite is incapable of storing food energy. It has to have a continuous supply or it dies. If I had not helped the ambassador reattach itself to its host it would have soon starved to death."

Stanley Freedman cleared his throat and said, "I move that Paramedic Stephen Haddad has successfully met the challenge and that he be admitted into the 911 group. All in favor raise your hands. Are you abstaining Mad Dog?"

"I might as well make it unanimous," said Mengden as he reluctantly raised his hand.

"Pull up a chair and be welcome, Stephen," said Susan Wu smiling. "The drinks are on us."

"For the next year," growled Mad Dog Mengden. "Ah hell, you earned it kid," he said extended his hand to me. I took it gratefully. 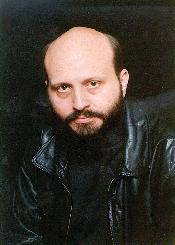