Welcome! And thank you for visiting.

Well now, I suppose the question I need to answer is “why should people spend their hard-earned cash on this music?” I mean, really, some old dude dug up a few old recordings of his glory days in a few garage bands from thirty years ago. Big deal, right? Well, it's a big deal to me, since I happen to be the old dude in question. And another thing, not all this music is from thirty years ago. Some of the albums are of my present work, composing pieces in computer programs. The Garage Band antiques will be clearly identified in the listings for those CDs. The modern compositions will also be clearly labeled as such.

In fact, my first three album releases will be new music composed within the past three years. Only after those all go live will I begin releasing the garage band recordings.

So why should you invest your hard-earned cash in my amateur music? Well, besides the obvious fact that times are tough on everyone and this is a way for me to earn a few extra dollars. Quite frankly, the music is good. The only complaint I've ever gotten about it is that there aren't any vocals. I find instrumental music to be a good background soundtrack for driving, writing, housework, yard-work, reading, and just about anything else I enjoy doing. Sometimes, you just want to listen to the music, to enjoy the way different instruments blend their sounds together as they create something that is beautiful and pleasing to your senses.

Here is a preview of my first album, one of the features of the POD publishing website Create Space. This allows people to listen to a track from the album, for free. The song in question is the title track, “Never Bank On A Learning Curve.” This isn't the only style of music on the album, but it does fairly represent the Rock Music genre songs on the album:

Never Bank On A Learning Curve, Preview of the title track from the album!

There are a few questions on the preview page. You don't have to answer them if you don't want to. They're just there to help me gauge whether I need to change or improve anything.

Here is a copy of my Create Space page for the first album, along with other info about it:

Never Bank On A Learning Curve 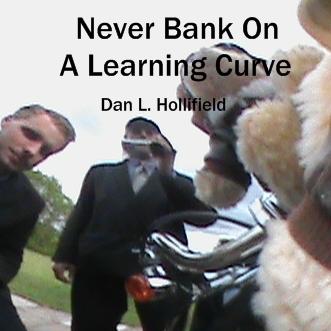 This album is a selection of my solo projects from 2011 to the present day. All the songs were composed using MAGIX Music Maker, a computer program that allows me to be musically creative in a whole new way. The program uses loops and clips of recordings of various musical instruments. These can be put together like building blocks to make a complete song. There are thousands of these clips available. I put them together in a series of sequences, somewhat like composing a piece on a loop-based synth. Some pieces are simple, consisting of a mere four or five instrument voices, each with their own sequences. Others are very complex, featuring sixteen or more instrument voices, straight-up synth sequences I created from scratch, sound effects from within the program library, and even special sound effects that I created myself using other audio editing software.

All the music on this album is just me playing with a computer program. No real musicians were harmed in the creation of this album.

I hope you enjoy listening to these songs.

1) Atlanta Virtue
2) Nice And Easy Does It
3) Out of The Shadows
4) New World, Old Worlds
5) WTF? Rednecks Can't Groove!
6) Never Bank On A Learning Curve
7) Slow Dance With The Woman I Love
8) Drifting Along With The Clouds Again
9) How Deep, The Universe? Infinite Beauty It Holds...
10) Rush Hour Traffic - Don't Get In My Way!
11) Love Is The Only Key
12) Somewhat Lighter Shade Of Fail
13) Faster Than Light Is The Only Way To Fly
14) Fanfare For The Common Fen

Here is a link to the Create Space page where you can buy the album:

Here is a link to the Amazon.com page where you can buy the album:

I'll add in the links to all the Digital Downloads sites as they go live.

Here is a link to the Bandcamp site where you can preview the songs for free and download digital versions for $6.18 for the whole album and $0.65 for individual songs. And Bandcamp has an “or pay more” option where you can choose to pay whatever you like above the list price! My Bandcamp page is here:


So this is now a thing! 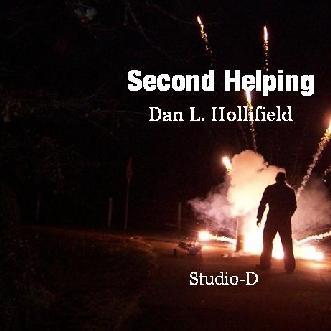 I have uploaded the song files to the Create Space site for the release of my second album. It has 15 songs, with a total run time of 68 minutes. The price is $17.59, with an Amazon listing and digital downloads coming soon. The album was just released on September 25th of 2013. I will post a link to the “Buy It Now” page on Amazon.com once it goes live. The digital downloads on my Bandcamp page are already live!

I had a few songs left over from the first album, so I got to work writing enough new ones to fill a second album. In less than a month, I was ready to go. I really burned the midnight oil to get these ready in time. As always, the mixing and editing were the hardest parts of the process. The mix of different styles is even more striking on this album. Some day I'll have to do an album in a syngle style, just to see if I can.

UPDATE:"Second Helping" has now been listed on Amazon.

And here is a link to the official Create Space Preview page for one of the best songs on the album:

Set This Place On Fire!

There are a few questions on the preview page. You don't have to answer them if you don't want to. They're just there to help me gauge whether I need to change or improve anything.

"The Displaced Detective Suite" is an album of instrumental music inspired by Stephanie Osborn's series of Displaced Detective novels. It is somewhat similar to my steampunk "Airships Suite" in tone, being a mix of orchestral and rock, with electronica and sound effects tossed into the mix. Quite possibly some of the most beautiful music I have composed so far. The album has been under construction since June of 2013. The songs are finished and the files have been uploaded to Create Space. The cover art, done specifically for this album by Darrell Osborn, is quite lovely. 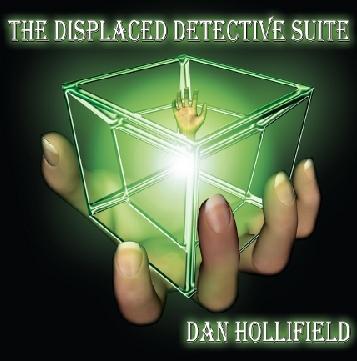 Physical CDs can be gotten here:

The Displaced Detective Suite On Create Space
With the Bonus Track here: Rescue At Reichenbach Falls
And digital downloads can be gotten here:


Ten original instrumental songs inspired by Stephanie Osborn's first four "Displaced Detective" novels. Hearing these compositions is like listening to a film score. Each piece evokes mental imagery of the scene or scenes in the books. Stephanie and I have worked closely together on every aspect of the album from start to finish. My goal has been to create a portrait in sound of her wonderful novels. She and I agree that I have done so, and even managed to surpass her expectations. This album may just contain the most beautiful music I have yet created. Once you hear it, I think you'll agree.


There is also a bonus track included with the Bandcamp full album downloads, and as being the free preview track on the Create Space site. This isn't really part of the album. It's a unique, stand-alone piece that I wanted to do the whole time I was writing the rest of the music. I kept hearing this in my head as I put all the other music together. Finally, Stephanie and I managed to find a way to make it happen.

"Rescue At Reichenbach Falls" is an 18-minute re-edit of the instrumental track "Rescue At The Falls." It includes clips from a public domain radio play from the 1950s based on "The Final Problem" by Arthur Conan Doyle. These clips feature Sir John Gielgud as Holmes, and Orson Welles as Moriarty. And as an extra special treat, Stephanie Osborn making her voice acting debut as her character Skye Chadwick!

Only the voice acting clips are from the radio play. All the other audio SFX were assembled by myself from various online public domain sound effects libraries. Stephanie recorded her part from a script I wrote that adapts dialog from her novels.

01) Indistinguishable From Magic
02) Rescue at the Falls
03) Meditations of a Displaced Detective in the Key of A Minor
04) Unlimited Skye
05) Highly Energetic Particles Boogie
06) I Thought It Was A UFO
07) Race Against Time
08) Tesseract
09) Moriarty
10) Two Become One
BONUS TRACK: Rescue At Reichenbach Falls

OK, this is a sort of Coming Soon section of this page. As new albums are released, they'll move up the page to be highlighted. At the moment, I have eleven or more unreleased albums in the works. They are:

The 10,000 Airships Suite – A steampunk audio play, featuring Richard Bristow as the Narrator, and as Voice Acting Director.

The 10,000 Airships Suite, Instrumental – My music for the play, without the play. This will be longer, and quite a different edit than the play itself. It might even stretch to a double-album set. We'll see.

Keep the dream alive. Follow your dreams! More updates as they happen,

And as always, my entire catalog of music can be previewed for free on my Sound Cloud Page, or in better quality on my Bandcamp page.